Got a special treat for you today. You know it's special when I'm blogging in the middle of the week and it's not even Insecure Writer's Support Group day!

First up, just releasing today, is Angela Brown's FABLE RANGER: SUMMONS. It's a middle grade novel and something new for Angela. If you're familiar with her work, she generally writes young adult. But, you're in for a treat with this new children's book. I had the opportunity to beta read it early on and I knew some publisher was going to jump at it!

It's a mashup where you'll recognize many of the characters from your favorite fairytales growing up. 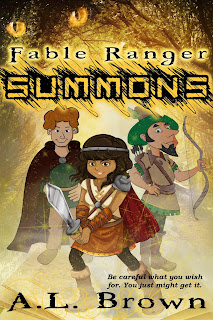 Take care of what you wish for. You just might get it.


Twelve-year-old Casey doesn’t think life could get anymore unfair. Plans for her special basketball tournament are tossed aside by her sister’s change in wedding plans. She even has to be a bridesmaid now, with all the lace and silk and - oh the horror! All she wants is an escape, but she never imagined she’d be swept away to a world of Mother Goose rhymes, fairy tales, stories of Arabian Nights, and oh, by the way, all but one fairy godmother is kidnapped.


Casey learns she’s been summoned as the Fable Ranger to lead the search and rescue of the missing wish-makers. She also discovers she isn’t the hero they would accept. In the world of fairy tales, damsels are not meant to swoop in to save the day.


Now all Casey wants is to go home, a wish easy to grant if the veil between worlds weren’t on lockdown. Taking fate into her own hands, she embarks on an airship flight to find the phoenix tears that can help open her way home. Her journey would’ve gone as smooth as the perfect layup if it weren’t for that pesky bounty the evil Dovetail placed on her head. Casey refuses to fail knowing it would allow the legends of Arabian Nights to disappear forever and leave her trapped in a world unraveling one fairy tale at a time. 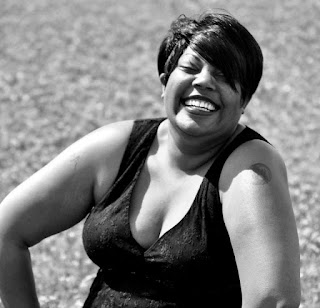 
Born and raised in Little Rock, AR, A.L. Brown now calls Central Texas home. She's a lover of Wild Cherry Pepsi and chocolate/chocolate covered delicious-ness. Steampunk, fantasy, and paranormal to contemporary — mostly young adult — fill her growing library of books. Mother to a rambunctious darling girl aptly nicknamed Chipmunk, her life stays busy. Her favorite quote keeps her moving: “You may never know what results come of your action, but if you do nothing there will be no result.” ~ Mahatma Gandhi

She is the author of the upper young adult paranormal Neverlove and its new adult follow up They All Fall Down of the Shadow Jumpers series, Frailties of the Bond and Atone of the NEO Chronicles: Characters Revealed series, andBeacon, the first action-packed title in the young adult urban fantasy series, Ripped Ties. Her debut MG (middle grade) title is coming soon from Dingbat Publishing: FABLE RANGER: SUMMONS.

You can find her on her blog, Dingbat author page, and Facebook.

In the mood for something more suitable for the older crowd? I'm way behind with my TBR pile, but I did get the chance to read the first book in the series, The Rifters, by M. Pax. It was an excellent read, and sort of a mashup of Steampunk, a modern-day old-western town and a bit of sci fi, with some fun, quirky characters to boot.

A really fun read, and I highly recommend it!

Books I and II are free right now, so find the links below.

Check out the latest novel from The Rifters series, The Reader. 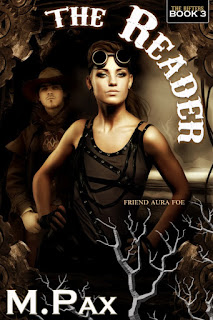 With the rift closed for the season and no more monsters to fight, Daelin Long gets bored as librarian in the podunk town of Settler, Oregon. A job interview and her brother’s arrival present a tempting opportunity to escape, until her brother and her best friend, a ghost, disappear.


While Daelin searches for them, more mysteries pile up: dead people coming back to life, portraits of the town founders replaced with strange white trees, and people on the other side of the rift returning. It’s impossible. The portal that allows monsters from other universes to come to Earth is sealed until next summer.


The Rifters, a secret group protecting our world, believe the troubles are nothing more than the tantrums of an offended ghost. Daelin disagrees. If she’s right, the evil hell-bent on destroying Earth has new technology making the rift more deadly.


Before the monster summons the next apocalypse, Daelin must find it and destroy it.


Book 3 in the Rifter series.


Need to catch up? You can read books 1 & 2 in the Rifter series for free by becoming an M. Pax Reader. ENTER MY DIMENSION 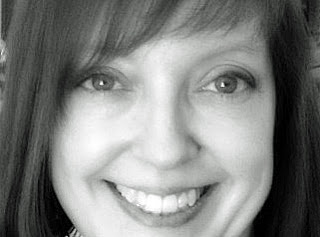 Author Bio
M. Pax is author of the space adventure series The Backworlds, plus other novels and short stories. Fantasy, science fiction, and the weird beckons  to her, and she blames Oregon, a source of endless inspiration. She docents at Pine Mountain Observatory in the summers as a star guide and has a cat with a crush on Mr. Spock. Learn more at mpaxauthor.com.

Here's my monthly post. Sad that it's always for the Insecure Writer's Support Group. Seems a monthly post is all I can handle right now. Ah well, at least I'm writing. Some.

Thanks to Alex Cavanaugh and his co-hosts for putting this on every month. If you're a writer and would like to join, click on the above link.

Here's something I always notice about my WiP: why, oh why, is the first draft always so darn bad? I know, I know. Perfection comes with the editing. I'd never actually claim the perfection part. The final draft is always loads better than the first draft, though.

But you know, back in the day, authors such as Charles Dickens wrote by hand and when you see copies of their manuscripts with some scratching out and words added and such--the original first draft isn't that bad.

How did they do it?

Do your first drafts get better with experience?

Or is it the modern day, quicker process that allows us to zoom on through the first draft only to pick up the pieces in the editing?
Posted by Gwen Gardner at 12:30 AM 79 comments: