No Skimping on Masquerade

I'll say right up front that I don't like doing book reviews.

Tastes in books, as in every thing, is very subjective. I know that anyone who writes books is just like me. They work hard on it and they love it, just like me. Therefore, I don't and won't criticize another authors work - unless I like it.

And I absolutely adore Rachel Morgan's Creepy Hollow novelette series. I just finished the latest one, book #4, Masquerade. And I just want to say...

If you've read the series, you know that I'm talking about a certain fae who ﻿maybe doth protest too much. That's all I'm going to say about that.

Betrayed by the guy who supposedly loved her, Violet deals with her anger and hurt by teaming up with her archrival Ryn to help him find his missing sister. Hanging out with Ryn isn’t high on Vi’s list of things to do, but she kind of owes him after he inconveniently saved her life recently. As the two of them struggle to put their differences aside, they find themselves drawn into a plot much greater than a single missing child. A plot with Violet herself at the center.

In the first three books of the series, Violet snipes back and forth with her nemesis, Ryn, who is the biggest jerk ever. They hate each other, but we don't know why.

But we see a different side of Ryn in Masquerade. When Ryn saves Violet's life, she feels obligated to help rescue his little sister from the clutches of the Unseelie Prince, Zell. Turns out, Vi has had dealings with Zell in the past. In fact, he's the reason Vi's life needed saving in the first place. And so the reason Zell wants Vi so bad is revealed - you'll have to read to find out. No spoilers here!

We learn in this book about the history and backstory between Vi and Ryn. It's emotional, riveting and heartbreaking.

I never dreamed that'd I'd be addicted to, or enjoy a novelette series so much. But Rachel has managed to pack in the action and develop the characters and story arc, without it feeling rushed, leaving anything out or sacrificing anything you'd find in a full novel.

There was no skimping on Masquerade.

I have one complaint - I want more! 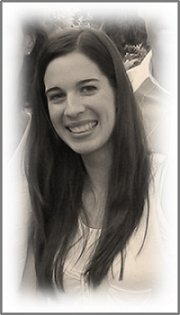 Rachel Morgan was born in South Africa and spent a large portion of her childhood living in a fantasy land of her own making. After completing a degree in genetics, she decided science wasn't for her--after all, they didn't approve of made-up facts. These days she spends much of her time immersed in fantasy land once more, writing fiction for young adults.

You can find Rachel Morgan's books on Amazon HERE.
Posted by Gwen Gardner at 4:00 AM