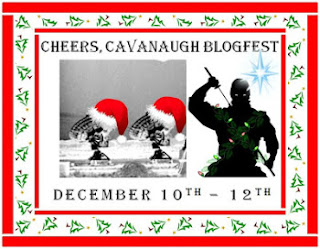 We're all curious about Alex Cavanaugh, aren't we? I mean, he's the nicest guy in the blogoverse, always supportive and encouraging, recognizing our accomplishments while humbly playing down his own. Part of his mystery (I know he's laughing at this) is that no one in blogtown knows what he looks like. BUT! The grand prize winner of this contest gets his photo - with restrictions - and the first place winner gets a signed copy of his book CassaStar!

SO, on to the questions:
1. What does Alex look like?

Alex is medium height and lean. His hair is blondish-brown, not too clean-cut but not long, either. It curls up a bit on the ends. His eyes are a warm brown.
2. Who could play Alex in a documentary (living or dead)?

Jude Law, but he'd have to practice an American accent.

Based on the Space Times article below, I'm going to say Jimi Hexdrix.

Space Times News Release: Ninja Captain Cavanaugh hand-picked a group of faithful fans to attend his long anticipated guitar solo concert aboard the revamped Cosbolt last evening. Both fighter pilot Byron and the Cosbolt were brought out of retirement for this one time only special event.

Seventeen hundred lucky winners were flown into deep space first class amid much fanfare. The concert itself was held in Vindicarn amphitheatre, specially built using black hole accoustics. But the real hit of the night was Cavanaugh's wildly popular IWSG song. Although no longer known what the letters stand for, it is rumored to be about the writers' plight. The standing ovation could be heard as far as Venus.

Visit the other participants here: