I'm so stoked to have M. Pax here today talking about what inspired her Rifters series. I'm always fascinated by how authors get their ideas. Check this out...

Oregon is filled with mysterious landscapes. They make me wonder and spark my imagination.


What if the whole universe was on this tree? 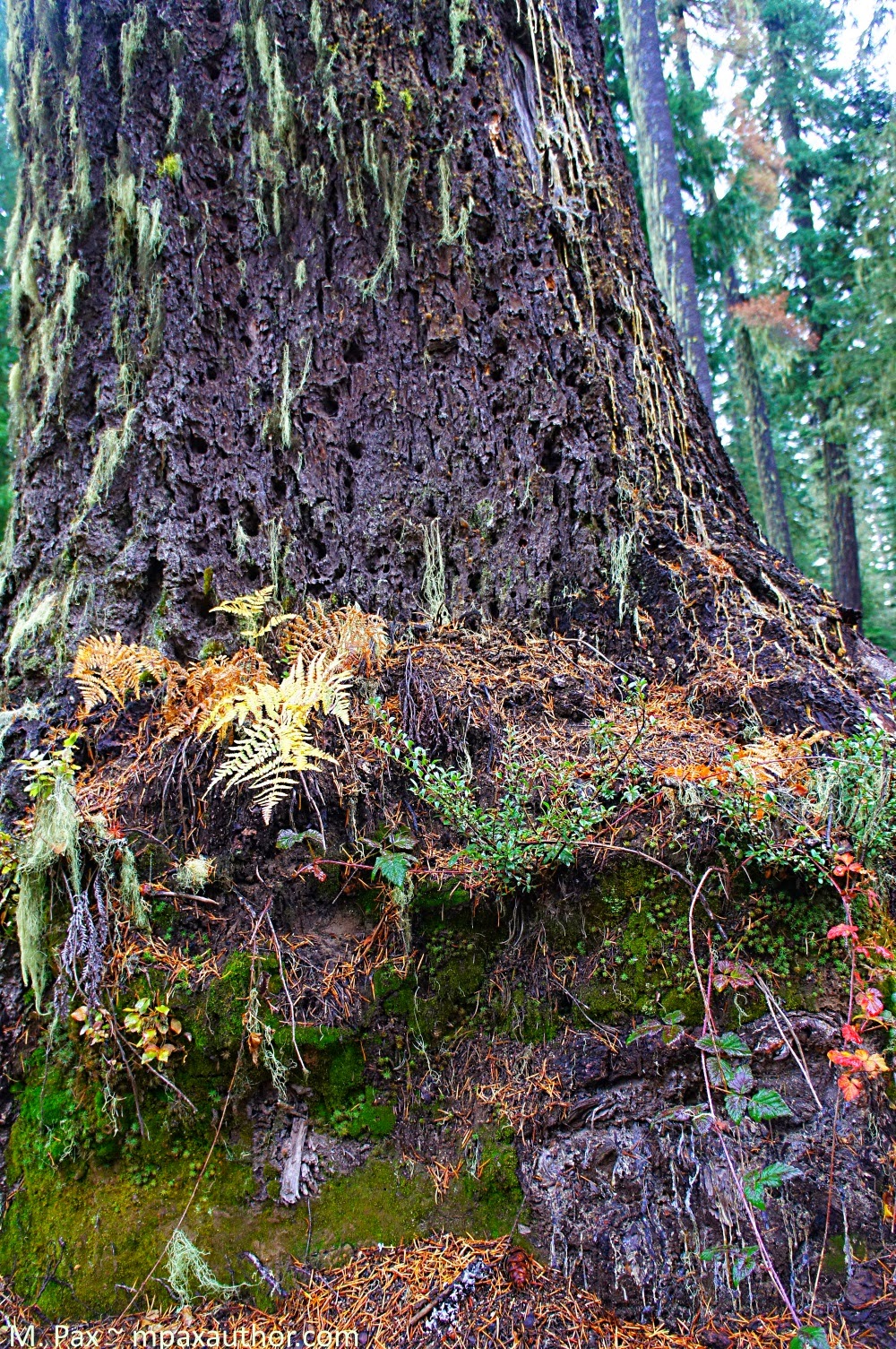 What if a different world existed beyond the mist? 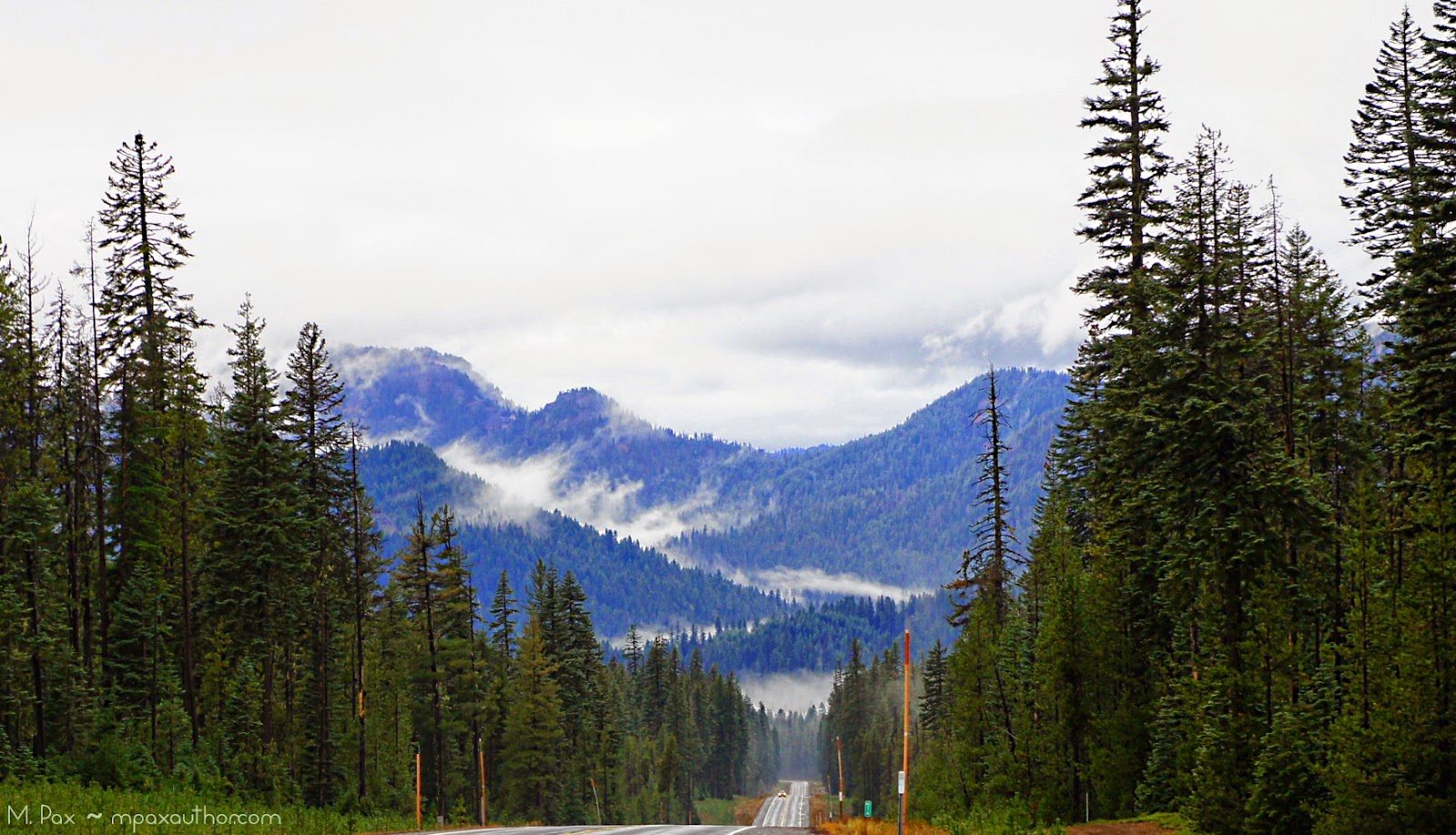 What if this mushroom grew teeth and sucked the life force out of my toes? 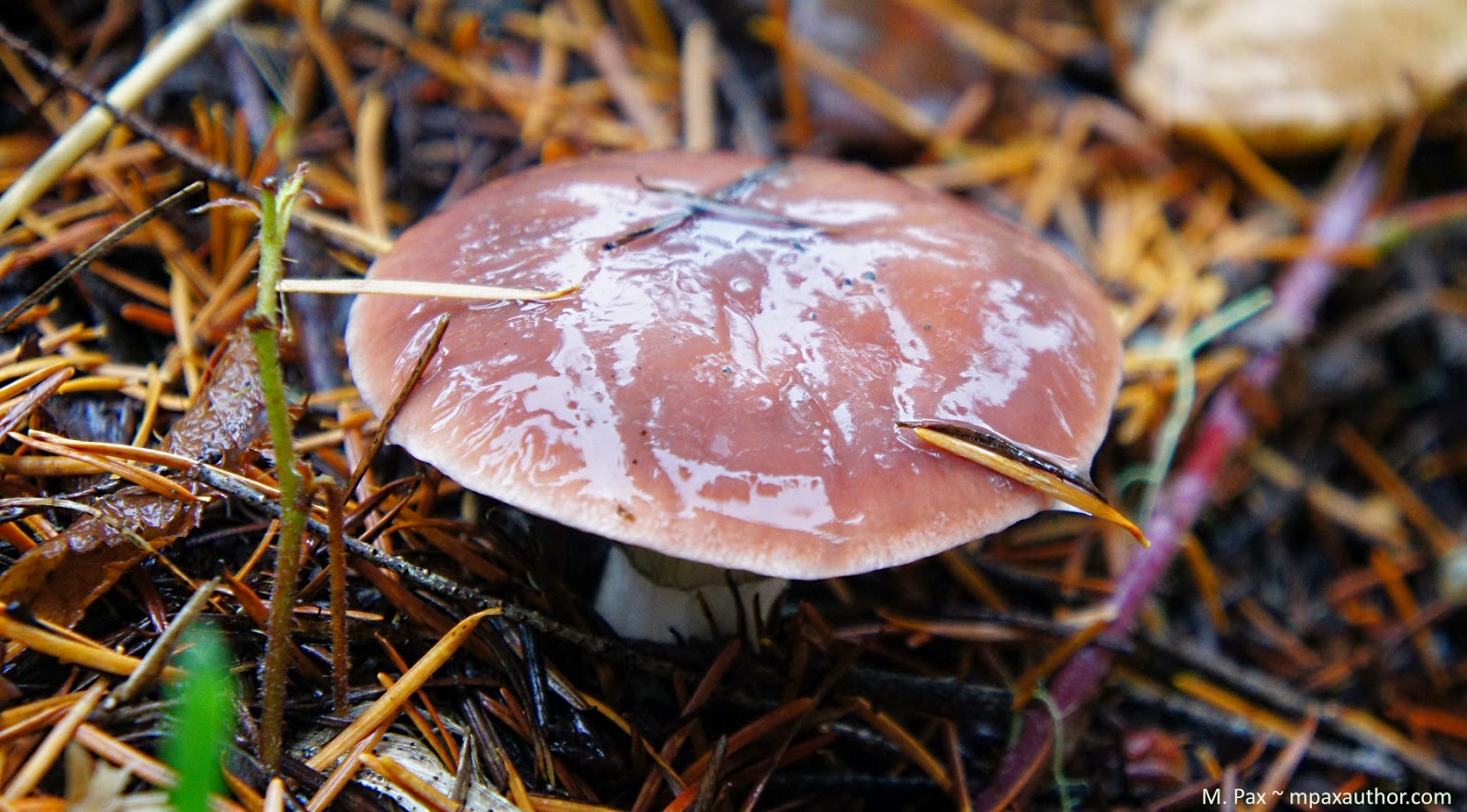 If the bubbles are breath, what lives under the lake?

What if the lava were alive? 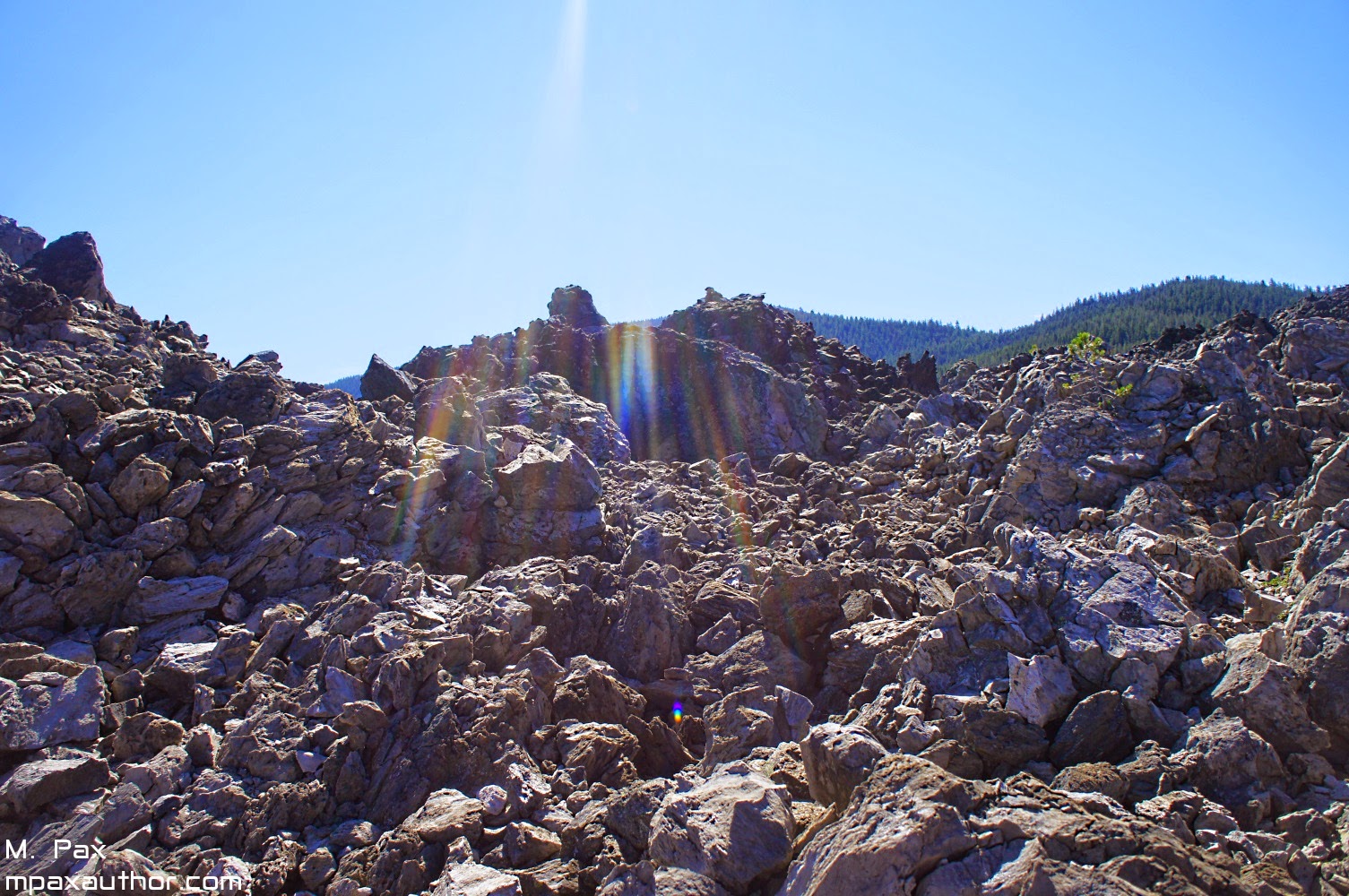 That last question inspired a swarm of beasts in my imagination ten years ago. They made their way into The Initiate, Rifters Book 2 as the starring monster.


As fantastic as my stories can get, they’re based on real things and places around me. Oregon never fails to disappoint me. To me, it’s the most awesome place in the galaxy.
The Initate is now out! It picks up exactly where The Rifters left off. More monsters. More time travelers. More steampunk. More adventure. 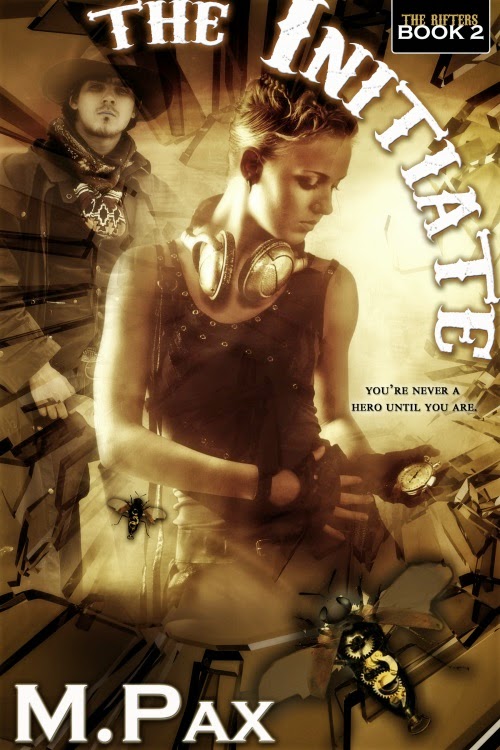 A junction erupts between the worlds in Settler, Oregon, a rift from which horrors attack our world. The Rifters defend us.


To trust unquestioningly is the first lesson Daelin Long must learn as the newest Initiate of the Rifters.


Her first day is a disaster. She stands on a deserted street in a town smaller than a city district, courting killer rocks from another world with her ancestor from the Revolutionary War. Normal no longer exists.


While she struggles, Earl Blacke grapples with atoning for his past ill deeds, running far and fast from Settler, Oregon. The Shaman of the Desert promises him redemption, and an old mine puts the possibility of a gold strike in his grasp. His luck has changed for the better, but he can’t have both. 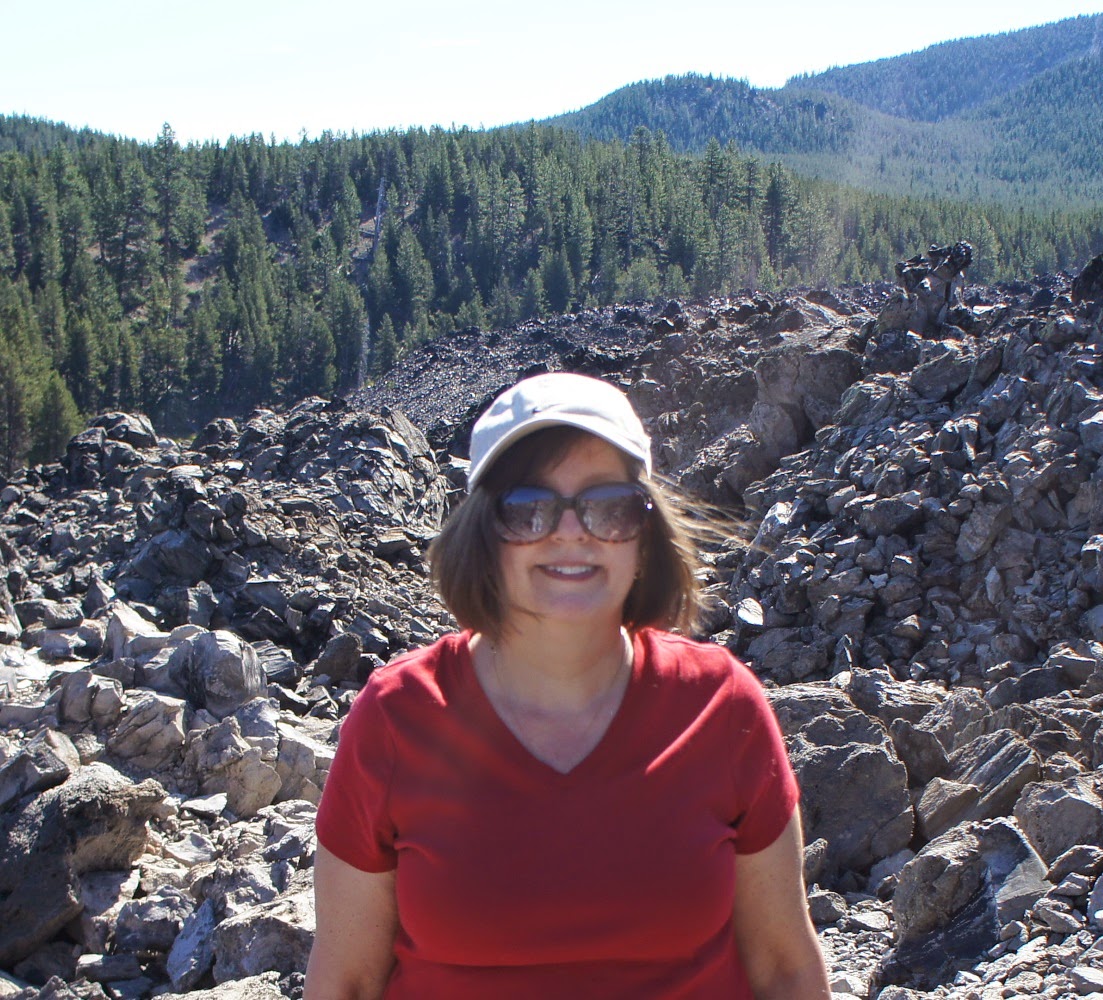 M. Pax is author of the space adventure series The Backworlds, the urban fantasy series The Rifters, plus other novels and short stories. Fantasy, science fiction, and the weird beckons  to her, and she blames Oregon, a source of endless inspiration. She docents at Pine Mountain Observatory in the summers as a star guide, has a cat with a crush on Mr. Spock, and is slightly obsessed with Jane Austen. Learn more at mpaxauthor.com.

Email ThisBlogThis!Share to TwitterShare to FacebookShare to Pinterest
Labels: Initiate (The), Mary Pax, New Release, OR, Rifters (The), Selkies, Settler