Sci Fi at it's Best! Taking Time and Other Science Fixtion Stories

I'm thrilled to help Ellie Garratt welcome her book, Taking Time and Other Science Fiction Stories, into the world! But first, have you seen this awesome cover? I'd pick it up for the cover alone. And when I read the blurb, I shivered and wanted more. 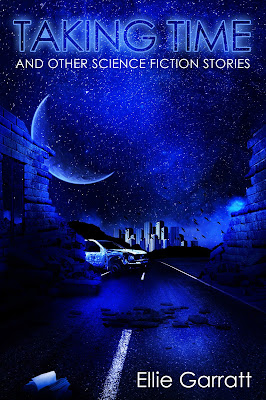 The future of humanity must be decided in Next Phase. Winning the Planetary Lottery is not as lucky as it first seems in Schrodinger's Gamble. An apocalypse and its aftermath threaten to tear one couple apart in Daiker's Children. In Life As I Know It a reclusive man finds both his heart and home invaded during an alien harvest. In Taking Time a demon seeking shelter on a distant planet finds himself facing a very different kind of demon, after answering a frontier settlement's plea for help.


Stories range from flash fiction to novelette in length.
Now check out this short excerpt from Taking Time:

A tall, lithe woman of a similar age to Ing approached me. Her short-cropped hair was the colour of darkness, and there was a confidence to the way she swaggered up to me. She was the person in charge.
She stopped only a couple of inches from my face, almost breathing down my throat. I prayed she didn’t notice my lack of breath–the undead had no need for air in their lungs.
“You don’t look well, bounty hunter,” she said.
As I stood taller, so that my already imposing six-foot frame loomed over the human female, I knew I’d have to talk her around. “I’ve not been on solid land for a few months. I’ve been running down illegal passage ships and cargo. Illegal cargo.”
Her eyes flashed bright with something. I wasn’t sure what it meant, but the word illegal had excited her.
She held out a hand for me to shake. “The name’s McCaffrey. Formerly of any planet left to colonise.”
I took her hand and shook it, then re-introduced myself. “Victory Dead. Formerly of Earth.”
McCaffrey dismissed everyone but the scare-faced Ing, and they took me into a bar like all the others I’d passed through since travelling the frontier–a cheap and fast assembly metal-frame construction. It contained only the most basic furnishings. There were more patrons than I could count, and they went silent when we entered.
When I reached the bar, a stone-faced human male behind the counter slid a bottle towards me. I wasn’t sure what it contained but accepted it anyway–to refuse would have been rude and invited trouble. “Compliments of Daring,” he said as I placed my supplies on the floor beside me.
“Thanks,” I replied before pretending to sniff the contents of the bottle. As a vampire, I could only smell blood.
The bartender turned his attention to McCaffrey and scar-face. “Evening, Captain. Thought I told you to keep Ing away.”
Ing scowled and stepped forward, his hands balled into fists. McCaffrey placed an arm across his chest.
“You know it’s not Captain anymore. I haven’t been a captain since I crash-landed here three years ago. And Ing won’t be causing you any trouble while I’m here. You have my word.”
The owner grunted something and then moved off to serve another customer.
I wasn’t sure how long a Revelation year lasted, so when McCaffrey spoke of crash-landing three years ago she could have been talking any number of Earth years or months.
“Well it’s about time,” said a voice behind me, interrupting my thoughts.
***
It sort of reminds me of Firefly, and who can resist that?!
So, here are the links,
Feel free to share!


Competition
Win one of two $25.00 (£15) Amazon gift cards and a character named after you in an upcoming novella. 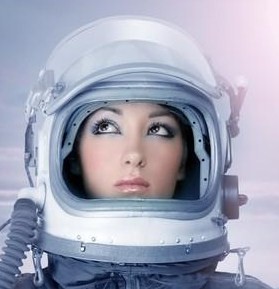 A life-long addiction to reading science fiction and horror meant writing was the logical outlet for Ellie Garratt’s passions. She is a reader, writer, blogger, Trekkie, and would happily die to be an extra in The Walking Dead. Her short stories have been published in anthologies and online. Passing Time: Nine Short Tales of the Strange and Macabre was published in March 2013 and contains nine previously published stories. Taking Time and Other Science Fiction Stories is her second short story collection.