We've been waiting, and it's finally here! 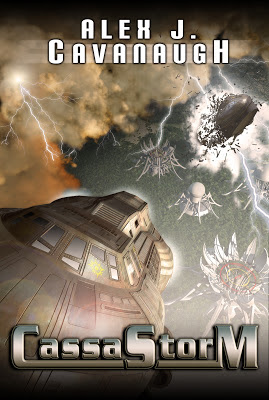 A storm gathers across the galaxy…


Byron thought he’d put the days of battle behind him. Commanding the Cassan base on Tgren, his only struggles are occasional rogue pirate raids and endless government bureaucracies. As a galaxy-wide war encroaches upon the desert planet, Byron’s ideal life is threatened and he’s caught between the Tgrens and the Cassans.

After enemy ships attack the desert planet, Byron discovers another battle within his own family. The declaration of war between all ten races triggers nightmares in his son, shaking Bassan to the core and threatening to destroy the boy’s mind.

Meanwhile the ancient alien ship is transmitting a code that might signal the end of all life in the galaxy. And the mysterious probe that almost destroyed Tgren twenty years ago could be on its way back. As his world begins to crumble, Byron suspects a connection. The storm is about to break, and Byron is caught in the middle… 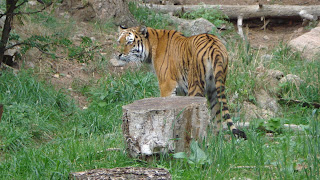 I totally got sprayed!

Cheyenne Mountain Zoo has a about a 30 ft chain link fence so the tiger can't get out, but the only thing separating the public from the fence is a wooden bar and about six feet. The tiger stalked by and raised his tail before I even knew what was happening!

Have you ever been sprayed?

Don't you love the cover?!